It was amazing. On my drive to Richmond today, my van's engine gave out near a bump in the road called Chula. I've had absolutely zero issues with my 2017 Odyssey until today. So with a dead engine, all I could do was call Triple A for a tow back home, since the Honda dealership is closed today. 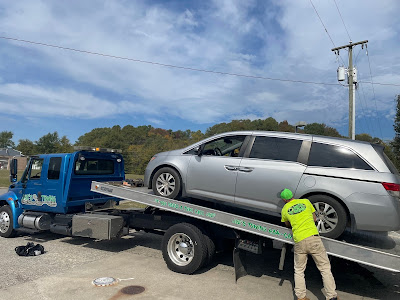 The tow guy had my AAA plan on his phone, and when I asked him how many miles my plan covered without me paying extra, he said, "85." At this point I opened Google Maps to see how far we were from the farm. It was exactly 85 miles. I was understandably startled, as you would be, too, if God suddenly popped up unexpectedly. C. S. Lewis once called these "serendipities." Of course, our God is serendipitous to the max. Such simple things are the very things that matter to him. In fact, such little things matter to most people -- things like a warm smile from a stranger, or a squeeze of the hand, or an encouraging word, or a careful compliment, or a bouquet of flowers to say "Just because," or even a tip to a tow truck driver. Serendipity is allowing Christ to work through you to touch lives and show his compassion in very ordinary -- i.e., amazing -- ways.

Though the word "serendipity" may be dated, its meaning never will be.