Today's 10 mile training run is now in the books. As per usual, I enjoyed the High Bridge Trail up in Farmville. 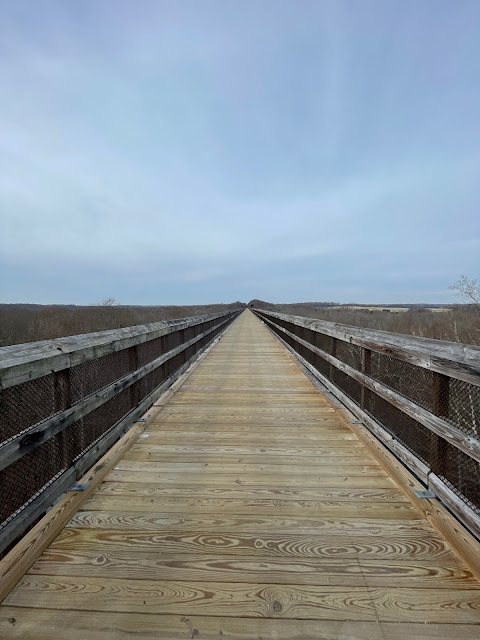 While running, I listened to the Gospel of John in the Latin Vulgate. Sweet.

If you'll forgive yet another post about Greek and its study, an analogy occurred to me while running today. It's drawn from the sport of surfing, which I did almost daily while growing up on Oahu. If you look at this picture, you will see there are two distinct zones when a person goes surfing. 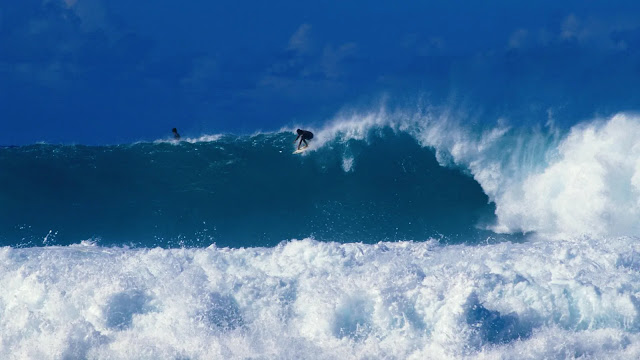 There's the zone at the bottom of the picture, where the waves have broken, and the zone at the top, where the ocean is relatively calm and where you catch the waves. The goal of surfing is to spend as much time as you can in zone 2 trying to catch waves. But to get there, you have to pass through zone 1. When the waves are huge, as during the winter months on the North Shore of Oahu, it may take you an hour or more to get through zone 1 because of the massive amount of white water you have to paddle through. But once you're outside that zone, you have put yourself in a position to get some pretty awesome rides.

Now, paddling in zone 1 can be incredibly difficult. The waves come crashing down on you and they constantly try to push you back to the shore. However, if you're able to push through this zone and get to the second zone, suddenly surfing becomes a lot easier and more enjoyable. You are now working with the waves instead of against them.

I believe that language learning is a very similar process. When you first start learning Greek, you're going to be in the first zone, which is usually called "beginning Greek." This is where you acquire the basic grammar of the language, and this can be very difficult. The waves are constantly trying to push you back to the shore. However, once you push past this zone and get to the second zone, where the water is much calmer, suddenly language learning becomes a lot easier and a lot more fun. Mind you, I'm not saying you're an expert when you reach the second zone. But you're able to begin building a solid superstructure on the foundation laid in your year of beginning Greek. Language learning goes from being mostly about acquiring knowledge to applying that knowledge in exegesis. And that is the reward of pushing through zone 1 to zone 2.

What I've often seen is that many students tend to get bogged down in zone 1 for longer than they have to, and for some people forever. You feel stuck, and when you feel stuck it's very hard to motivate yourself to reap the benefits of all your efforts to push through. Sometimes it's easy to get stuck permanently and never work to apply what you pushed yourself so hard to acquire.

So is there a "key" that will help us "push through"? Not really. But let me mention just one thing that can help. Here it is in a nutshell:

Notice I didn't say Greek only. I'm simply suggesting that every time you open your English New Testament to do some reading or studying, you will also open and read the same passage in Greek at least one time. I do this every single day. 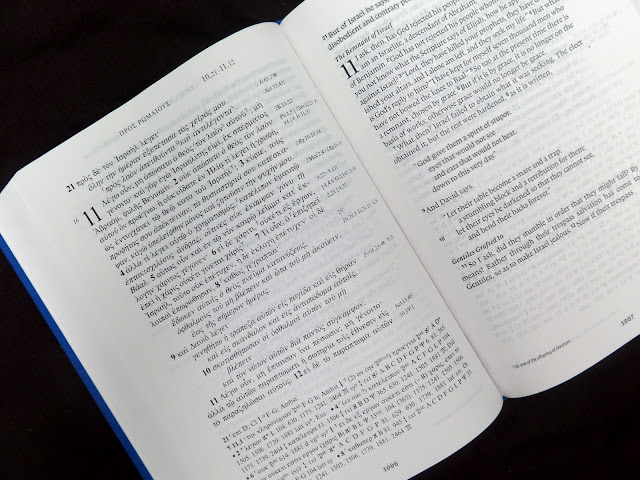 What you do after that is completely up to you. You might never go back to the Greek. Or you might choose to do a deep dive into the Greek. But you've looked at the Greek text at least once. Do this every time you open your Bible and you can't help but make progress in your mastery of New Testament Greek.

There are, of course, many tools that can help you do this. These include both print and electronic resources. 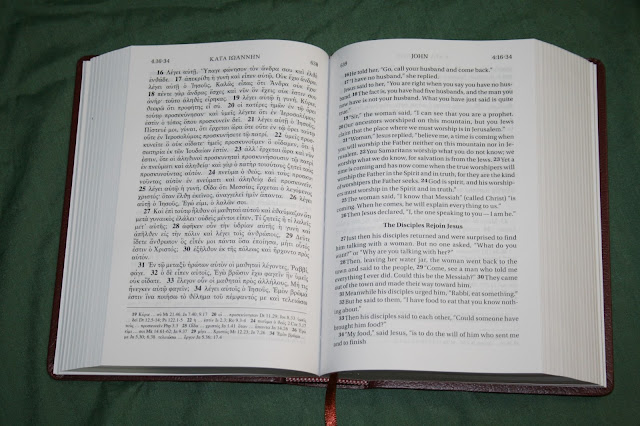 You can supplement your reading of the text with commentaries on the Greek text, as well as with Greek-English dictionaries. Personally, I have also found that listening to an audio file in Greek of the passage I'm studying is a great help. Resources to help you do this can be found on my Greek Portal.

Well, I hope this brief post will help you get past zone 1 and into zone 2. If you want to get to the point where the use of Greek in your daily life is fun and instructive, all you have to do is have your Greek handy, open it up, and then read it, with helps if necessary. Try this consistently and see what happens!