The Beatles, and Why We Study Greek

Is music theory all that important? I thought about this question last Saturday night as I listened to the Beatles' performance (aka Fab Four). 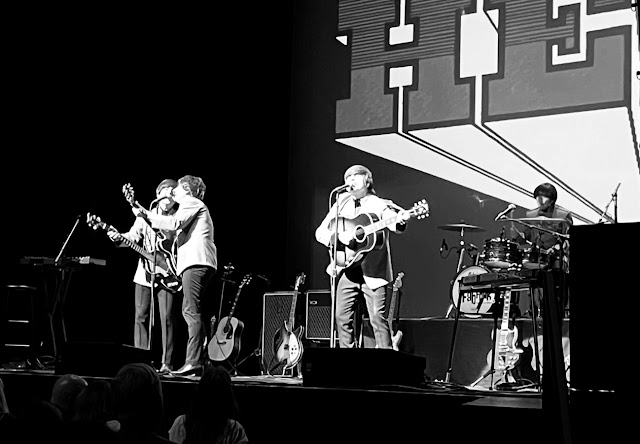 I found myself analyzing their work from the standpoint of a musicologist. (I began my adult life as a semi-professional trumpet player and a music major at the University of Hawaii.) I do think we can overdo this, especially when we read into a piece something that wasn't intended in the first place. But that's not why we analyze songs. Music theory is simply a set of tools that allows us to look under the hood of a song, if you will. If you want to get an idea of what makes your favorite Beatles song (or Beethoven concerto) sound the way it does, the best way to do it is to look at such matters as tonality, rhythm, the chords that are being played, etc. The Beatles consisted of four very talented musicians who really didn't understand much about formal music theory but whose products are priceless. We all speak "music." Theory is the metalanguage. If I'm able to understand, say, how an organ piece by Bach is built on a very limited number of chords, and seeing how he was able to take those handful of chords and fashion such divine beauty out of them, then I am able to better appreciate the music as music.

Paul and John loved the music of Bach, and in fact Bach's music inspired "Eleanor Rigby" and "For No One." I think this perfectly illustrates why it's possible to speak fluent English without ever having heard terms like subjunctive, past participle, fricative, etc. I've always admired the Beatles for coming up with some amazing music even though they didn't understand exactly what they were doing. That's why music theory has been likened to physics. It's a way of explaining something that's in a sense beyond explanation. Paul pretty much learned music through osmosis. Both of his parents were musicians. Neither of my parents were musicians but I was exposed to musical instruments from an early age. Hawaii was lush with great music. I learned to play the keyboard and ukulele long before I learned how to read notes. I heard the music in my head and found the chords to support what I was hearing.

The crux of the matter is that we learn music theory as we go along. The terminology generally follows the appreciation. I will always be a proponent for learning music theory but I will also say that knowing theory is not required to be good at music. Music theory is like grammar. It can explain what we know intuitively. And to be able, for example, to speak intelligently about the New Testament, a knowledge of basic grammar is essential -- whether it's English grammar or Greek grammar or (preferably) both. That's one reason I'm so pleased with my students' progress in Greek this semester. They now have a foundation of language theory (verbs, nouns, adjectives, infinitives, participles, imperatives, assonance, paronomasia, etc.) that will serve them for many years to come as they begin to exegete their New Testaments. We know that "They valued his vim and vigor" sounds pleasant to the ear because the writer has used alliteration. That will have a big influence on how we detect alliteration when we see it in our Greek New Testament (Heb. 1:1 being the classic example).

Playing music well takes remarkable talent. But when people say "I don't need to know music theory; after all, the Beatles didn't," I think they are totally wrong. The Beatles most certainly did know music theory. They just didn't learn (at first) the terms. Later, George Martin taught them that. (Martin has been called the fifth Beatle.) 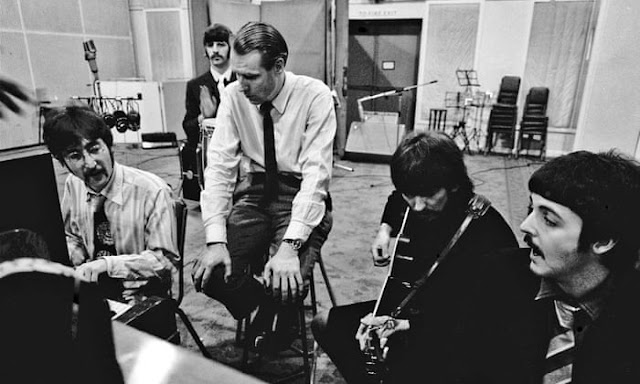 Music theory can be incredibly helpful for both composing music and performing it. Likewise, when we study Greek grammar, we are learning how to put the Greek language in its rightful place as a part -- perhaps the most technical part -- of our work in the text of the New Testament. Grammar can help us become more aware of why we understand a text the way we do when we read it, and it can help us talk about the text more precisely by providing us with a methodology through which we can show how interpretation is derived from grammatical considerations. Grammar can also help us solve problems of interpretation by showing us why one meaning is possible but not another. Above all, however, grammar can give us a point of view, a way of looking at a text that will help us develop a consistent analysis and prompt us to ask questions about the language of the text that we might have otherwise overlooked.

Do people go to music concerts to hear theory or to hear sounds that please their ears? Of course, it's the latter. We know good music when we hear it. But when I think about the theory behind the Beatles' music, it blows my mind. Michelangelo never went to painting school before he became an artist. And yet artists have studied his paintings for ages.

Likewise, the purpose of Greek grammar is not to make students into apologists for (or against) a given linguistic dogma. Rather, it's to make intelligent grammarians out of them -- people who are able to think about language in other than purely subjective terms and who have a vocabulary adequate to phrase the generalizations they come up with. Only if Greek leads to a curiosity about language itself, and to a sense of competence in thinking and talking about language, will it have realized the practical goals that are its ultimate justification.