Kudos to the Chiefs

What has happened to coaching in the NFL? In last night's game, the Chargers kept going for it on fourth down and failing. Had they kicked field goals instead they would have won the game. I mean, it's okay to settle for just 3 points, especially early in the game. Anyhow ... a very exciting game. It was a heartbreaking loss for the Chargers, but props to the Chiefs for getting the W. 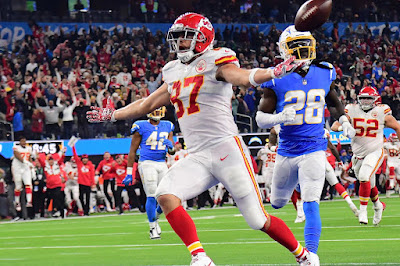 Has anyone else noticed how competitive the season is? Lots of second and third efforts out there. Loving it.