Word Order in Hebrew (and Hawaiian???)

I just found this book on my shelf. 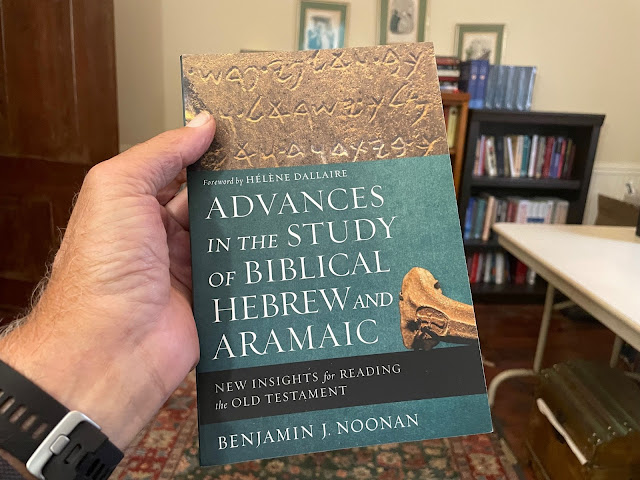 I must have ordered it this year and then promptly forgotten all about it. It contains many fascinating chapters. The one on Hebrew word order was of special interest to me. The author waffles between saying that the unmarked word order in Hebrew is SVO (subject-verb-object) or VSO (verb-subject-object). He suggests that additional studies are needed on this subject.

From my reading of Latin, it seems that Latin is basically an SOV language. 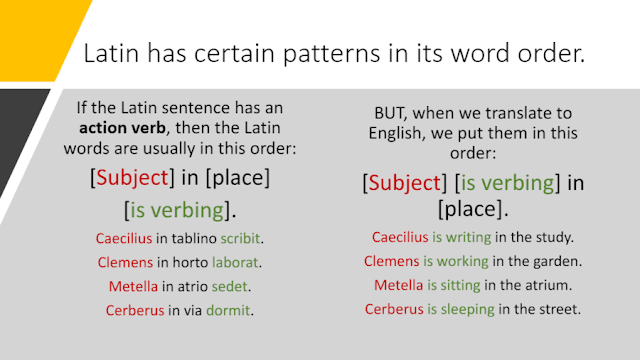 There are many exceptions, of course. The main one is the verb est. Here the verb tends to be placed between the subject and the complement. 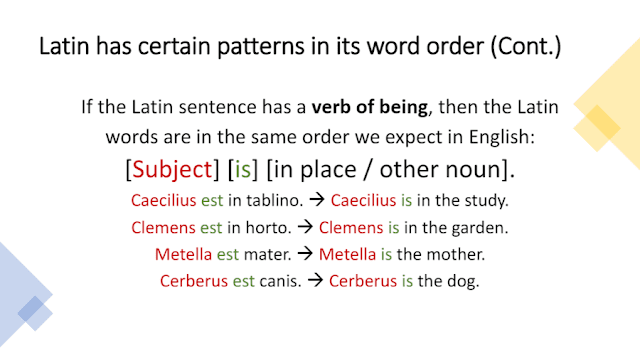 In Hawaiian (a language I am trying to master), the verb "to be" is always implied. Nani ka pua means "The flower is pretty" ("Pretty [is] the flower"), while Nani 'o Kalena means "Kalena is pretty" ("Pretty [is] Kalena"). "My name is David" would be Kawika ko'u inoa ("David [is] my name"). "This island is Moloka'i" would be 'O Moloka'i keia mokupuni ("Moloka'i [is] this island").

Moving on to action verbs, Hawaiian has four patterns:

We can summarize this as follows:

Note that hana can be a noun ("work"), a verb ("to work"), and even a place name (many of you have probably driven the dizzying Road to Hana on Maui). 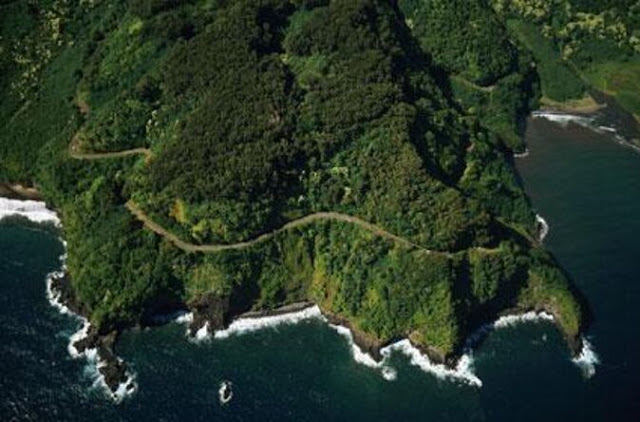 Here are a couple more examples:

Notice the na before keiki in the third sentence. To pluralize a noun in Hawaiian, you simply add the word na. The noun itself does not change its form (unlike in Greek, Latin, etc.).

For fun, here's a brief description in 'olelo Hawai'i (the Hawaiian language) of the island where I was born and raised. Ke and ka mean "the," and 'O precedes all names. (My apologies for not being able to write the long mark [kahako] over long vowels.)

This island is O'ahu. Honolulu is the town. The color of Oahu is yellow. Its lei is the ilima lei. The famous chief of O'ahu is Kakuhihewa. The beautiful mountain is Ka'ala.

In the map below, I've circled Mount Ka'ala. 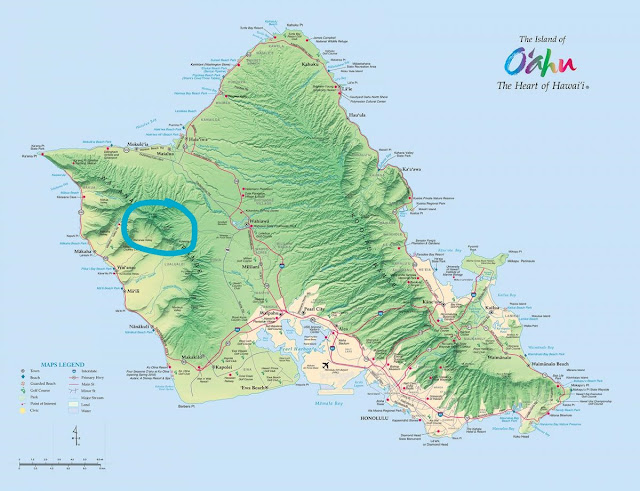 By the way, in Hawaiian each consonant must be followed by a vowel. Hence my name, when transliterated into Hawaiian, becomes Kawika instead of Kawik. Other than the 5 vowels, Hawaiian has only 8 consonants: H, K, L, M, N, P, W, and the okina (glottal stop). As you can see, the "D" in David becomes "K," while the "V" becomes "W" (which often has the sound of a "V" in Hawaiian!). Feel free to call me Kaveeka!

To summarize: whereas English has an SVO word order, Hawaiian has a VSO word order. In Hawaiian, you hear the subject second. This sure sounds like Greek and Hebrew to me :-)