I think it's funny how skewed our memories from childhood can be. I got this pic from my daughter the other day. 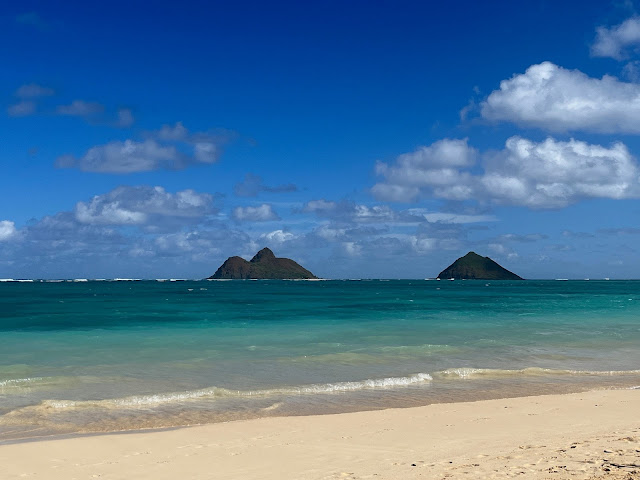 As you know, she and her husband have just been stationed on Oahu. They were checking out the beach where I grew up. I know you're probably admiring the sandy shore and the islands in the background. Me? I see only the waves breaking on the horizon.

In Kailua, the reef hardly ever broke. Most of the waves were shore break. But every once in a while the waves were so big that they would actually break a mile off shore. As soon as they hit the outer reef of Kailua Bay they provided the best waves you could possibly imagine. If I had seen this view when I was 16, it would have meant one thing: my friends and me jumping on the Hobie Cat with our boards and sailing out to the Mokulua Islands, parking the boat, and enjoying a couple of hours of perfect rides. As I said, waves like these were special. You surfed them maybe twice a year.

Are my memories distorted? I mean, I used to think Honolulu was at least 100 miles from Kailua. When I go to Oahu today, I realize the distance is much shorter. It's really only about 10 miles, the distance I ran yesterday. One of my fondest memories of my childhood took place at this very beach. Here I am at the age of 8 in line to be baptized. 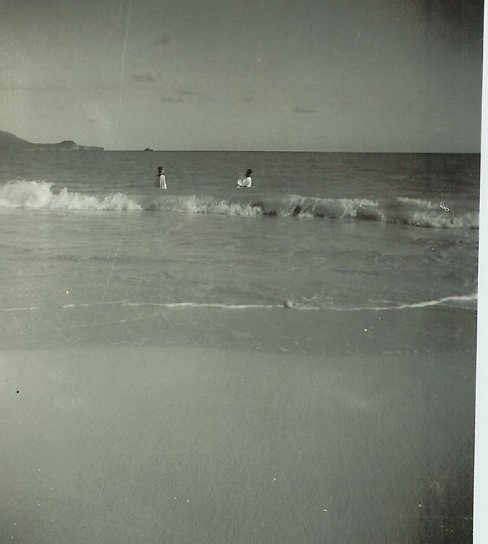 That day, God began the hard work of changing my life. Not only is baptism a symbol, it's a prototype of discipleship. That day I had begun connecting the dots of what God wanted to do with my life, but it was only a beginning. I'm still connecting the dots today. If I didn't grasp it then, I'm getting it now: "putting Christ first" doesn't mean giving God an hour of time and a dime out of a dollar and spending the rest of my life in any way I like. Paul didn't say, "To me to live is Christ first." No, Christ is the First and the Last, the Author and the Finisher, the Beginning and the End, the Alpha and the Omega. We live "from faith to faith."

Still, it all started that day in Hawaii when I realized I needed a Savior. And of all the things I'm thankful for right now, the connection that step of faith made between me and my heavenly Father is right there at the top of the list.

I know, I know. When you're little, things always look bigger than they really are. And I'm sure that memory fades over time. But some memories last forever.